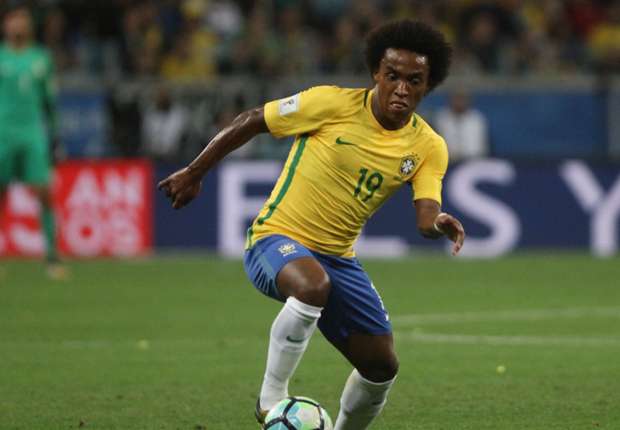 Yup.. what was striking was the dumb blonde look of three of the Mexicans. Chicharito to begin with. The Mexicans began well, and seem to be more likely to trouble Brazil than others, but after 20 minutes, the Brazilian started getting their act together.

The difference in class of Coutinho and Neymar was quickly becoming evident as they started stringing attacks in the left wing. Coutinho didn’t have his striking boots on today but Neymar was on song.

Surprisingly though it was Willian who burst into life in the second half, creating Neymar’s goal. This triggered a complete transformation as Willian continued to dictate Brazilian play for a good while after the goal. They kept knocking Ochoa’s door.

Neymar did his best to milk out fouls and buy time, while Silva and Miranda shut shop at the back. For most of the game, Brazil were under no threat.

The solid backline, the creative midfield, and the charisma up front keeps the Brazilians interested till the end of this tournament.