It was a while. The pressure of final year was finally getting to me and the fact that other equally important things were happening in my life, I was beginning to forget to relax.

So I decided to head out for a movie. Heard the overall verdict on this movie was humor. What actually brought my attention to it though is this song. Got a whiff of it from Radio Mango (I lend one ear of mine to it almost every morning before work). It came at a time when the grayscale life of mine was getting a ray of beautiful light and the leading lyrics makes one simmer into a nice romantic mood.

So I headed to PVR in the LULU hypermart in Cochin.

The irony of this stupid online booking is the convenience fee – more like inconvenience charge – paying to stand in the queue with routine ticket booking crowd just to collect the damn ticket from the kiosk. 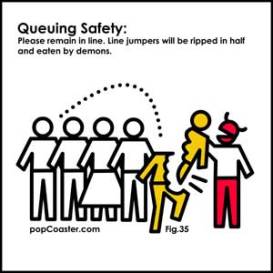 I also had to deal with queue jumping. Not me really. The uncle in front of me was steaming over a bunch of guys who were trying to sidetrack into the queue which as it is was reaching its tipping point. (As @gulpanag recently tweeted)

To add to the damage, many people were actually sneaking mobiles in from the inside counters and the men behind the desk were happy to encourage such shameless service. It is the worst I have seen of all the multiplexes in Cochin.

Eve of a holiday always attracts crowds but the crowd at the cinemas even for a 1030 pm show was magnanimous.

I walked into a fully packed Audi and this time around there weren’t any trailers being served.

The setting of the movie is just brilliant. I am not going to laud about the prowess of the established director or the perennial heartthrob that Kunchako Boban is. Backwaters and Alleppey – as a person who has been there firsthand, I have to admit, you can’t visit Kerala and not go there.

The movie builds slowly and steadily into the life revolving around people who cater to tourism in this part of the state. Characters are carved out with precision and targeted roles. Humor is given priority and its standard is maintained for a fair part of the journey. 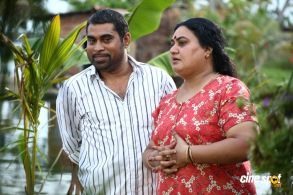 The versatility of stalwarts like Bindu Paniker, effervescence of Shammi Thilakan, toned humor from King Suraaj are immense to the movie. This is the first movie of Namitha am watching and hands down – that is one pretty girl. When the romance builds, you can’t disagree with Chakka Gopan falling in love with her. Her vocals were taking a bit away from her beauty but the singing of legends Sujatha and Chithra adds voice to the onscreen craft.

The movie does not sidetrack much. It is a pleasant journey throughout and definitely a family entertainer. There is enough content to keep you interested even though it gets predictable at times.